On the Eve of the Awards 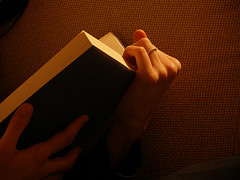 I served on the 1995 Newbery and 2002 Caldecott committees. These remain two special moments in my career. Like dessert, it was sweet. But I can't have that diet all the time - that's why I love the meat and potatoes of the many "process" committees I serve on. I wish the experience of being on an award committee to each and every ALSC and YALSA member at least once in their careers and I hope that each member, having served once or twice on a prestigious award committee, makes room for others who wish to have the experience.

It's the night before the American Library Association's Youth Media Awards announcements. By now the discussion, the deliberation, the voting and the annotations are done.  The frisson of excitement within each committee as the top honored book, recording or film has been determined is palpable. The committee members are as proud as new parents at their award titles and honorees. But it's still secret.

Roommates teasingly pry; spouses look for hints; colleagues wonder and give an extra squeeze to hands and shoulders of committee members, knowing the intense work of the past year. The committee members, though excited, appear serene. The decision that will echo through youth literature down through the ensuing years is done. It's finished. Often committee members spend some time together after the final meeting just to have people to talk with. Hearts are very full.

The ALA Public Information Office has kicked into high gear. They are reaching out to obtain phone numbers; writing press releases and press conference scripts; determining if there are immediate media opportunities for winners; scheduling committees for their Monday morning phone calls - yes, the honorees are called by the committee chairs backed by their committees prior to the press conference. In Seattle, it will be at a blessedly decent time - when at an east coast ALA midwinter, west coasters often get the call pre-dawn.

There is a little note of trepidation in many a committee person's heart on this night. How will the crowd of 500 librarians, publishers and booksellers present at the press conference and the audience of teachers, librarians, book creators, and makers and sellers around the world react to their committee's choice - with screams of approbation or the gasp of in-taken breath? I have heard both. That moment when the committee stands to face the dais, backs to the audience, and have their choices announced is nerve-wracking.

But that's tomorrow. Tonight, there is the sweet feeling of a job well done; a challenge met and the camaraderie of a group of people who have read, pored over, reflected and discussed books together in a rarefied atmosphere to winnow and seek that golden best. And that is enough.

For more insights on the award process, stop at this Nerdy Book Club post and read Monica Edinger's outstanding post myth-busting the Newbery Committee process and drop by Something Different Every Day blog for a peek at the day between the big days of an award committee member.